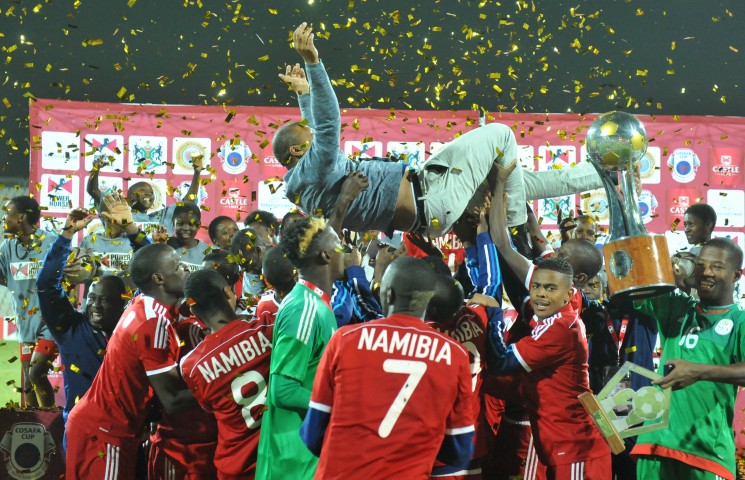 As football fans around the world look forward to one of football’s major tournaments, the Euro 2016, GOtv is delighted to announce that GOgetters will have an opportunity to enjoy football that shakes the world on SuperSport with select matches of the Euro tournament and all the Cosafa Cup games, live on all GOtv packages.

The two football tournaments, which will both kick-off this weekend, are one of the many ways GOtv continuously brings added value to our valued customers’ viewing experience through exciting content that is close to their hearts.

This Friday, 10th of June at 8:00pm CAT, GOgetters can catch the live opening match of the Euro 2016 tournament between the host country, France and Romania on SS Select 1 (channel 30). Other matches which will be showcased on the channel in the first round include; England v Russia, Belgium v Italy, Germany v Poland, Portugal v Austria and Croatia v Spain.

In the sixteenth round and quarter final stage, GOtv will air two live matches respectively. GOgetters will also watch one live semi-final match and the biggest match of the tournament, the final game on 10 July.
GOtv subscribers will also be spoilt for choice with even more football action this month when the Cosafa Cup kicks off this Sunday, 11th of June 2016 until 25 June 2016 on SuperSport 9 and SS Select 1.Gogetters will watch as African nations including Angola, Botswana, DRC, Lesotho,Madagascar,Malawi,Mauritius,Mozambique,Namibia, Seychelles, South Africa, Swaziland,Zambiaand Zimbabwe pit themselves against each other to scoop the coveted Cosafa trophy.